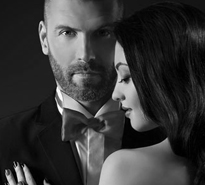 The edge created by male companionship

I will turn thirty next year and if there is one thing I can say I have done with the past decade of my life, it would be trying to figure out which was better: male or female companionship. I am thinking of writing a book on this topic to mark my thirtieth birthday. Lucky you guys out here because you are the first to read about my ideas anyways before it becomes a book – if I will knock out time to see this vision to reality. Without mincing words, my verdict goes to male companionship. Don’t go all judgmental on me. I will explain and I hope after reading through my explanation, the clarity will dawn on you too.

It is true that women are the calm and caring ones but men are very meticulous in whatever they do – except when they are not doing it with their whole heart. When a man has set out to do anything – no matter what that is – he will develop himself and do it so well in a way that sparks admiration. For example, a man who has devoted himself to be calm and caring will certainly outdo any lady in it. Their masculine strength in a way gives them an edge over the females. Let me use myself as an example. I am bisexual though, meaning that I go for both male and female companionship at will – though I do more of the former. There was this time I was in a serious mental shit and for days I was locked up in my room, emaciating. I needed a company desperately. Then I rang up one of the male companionship service providers and within a short while I was linked to this huge guy that looked like a wrestler. He showed up later and the sight of him standing outside my door send shivers down my spine.

I think it was a very smart thing the agency did in the matching. At that time I did not realize it until weeks later. After explaining about my condition on the phone with the agency representatives, I am sure they figured that what I needed was a strong distraction and the huge guy was a perfect choice. The first thing he did was even more remarkable. The moment I opened the door, he dashed in like some inspector looking for something, carrying a black nylon – he must have been briefed about my condition and he was putting up the best act to salvage my situation. He searched frantically around the sitting room then entered the kitchen. I trailed him slowly. When I peered into the kitchen, he slammed the door and shut me out. By this time I was already nervous ad unsure of what to do. I began to doubt if he was really from the male companionship service or a total stranger had infiltrated my home. At this point, the cause of my depression had been squashed and in its place an overwhelming anxiety. In less than fifteen minutes, he was out. In the grasp of his left hand was a plate of fried rice and in his right was a glass of wine.

I smiled. It was a deep smile from the bottom of my heart. I could not control it and it made me feel lighter. He walked up to me with a smile and offered to feed me. Looking at his masculine arms and chest I was too weak to resist. The stories go on and on but permit me to terminate it here. Not to mention the way he picked me up like a weightless sheet of paper and tossed me around, catching me before I could fall. This kind of dramatization is almost rare with female companionship. It also a bit uncomfortable when female tries to lift you up – because you fear both of you will fall the ground but with a male, you are sure he has the muscles to handle it. Men are also a lot more open to learning and new ideas than women. I could go on and on but I guess this is enough to make you look up to my new book which will be filled with more detailed stories.